TOURIST PACKAGES
in the Danube Gorge
of Caras Severin

THE WILD, FAIRY LAND IN A DREAM CORNER OF THE DANUBE GORGE IN CARAS SEVERIN COUNTY!

What else to admire?

reasons to visit the Danube Gorge

Starting with the Dacian fortress of Mudava, which takes us back to the Dacians and Romans, then continuing with the medieval vestiges, the area seems to be the right place where history has chosen to hide in the middle of nature and withstand the tumultuous ages.

The port city of Moldova Nouă, located in the Caraş-Severin County, made up of several villages, next to the Danube Gorge, is an accumulation of small histories. Moldova Nouă can be reached on National Road 57, and along the way to the city, the route is full of stories and beauties of nature. A first stop can be made in Berzasca, one of the oldest towns in the Danube Gorge.

The first lake resort in Romania

Two kilometers before entering the town, a fortress stands in the beat of the Danube waves – Drencova Fortress, located right in the middle of the Danube. It was built around 1419, and since 1457 it belonged to the family of Iancu de Hunedoara. After resisting Turkish attacks and periods of ruin, the fortress is still fighting today, but only with the waves of the Danube, after the construction of the Iron Gates hydroelectric power plant. Moving forward in Berzasca, we discover a unique project in Europe: the ”Complex Lacustru Egreta”, the first lake resort in Romania, consisting of 15 houses suspended on pillars above the Danube. Here, the tranquility and the murmur of nature are complemented by the view of the river, which seems unhindered by the eyes of those who set out in search of an oasis of peace.

A rock to remember love

Before reaching Moldova Nouă, you pass through the commune of Coronini, located on the left bank of the river, right at the entrance to the Danube Gorge. The place takes us back to the 14th – 15th centuries, when, under the leadership of Sigismund of Luxembourg, the Ladislaus Fortress was built, the remains of which can still be seen today.

When you enter the Danube Gorge, you are greeted by the imposing Baba Caia rock, 7 meters high, which looks like a soldier all the time on guard, thus giving rise to several legends. One of them says that at a time when the Golubac (or Golubăţ) Fortress was under Ottoman rule and the Ladislaus Fortress was under Christian rule, a young Christian fell in love with a maid of the sultan, whom he abducted and brought into the city of Coronini, where they celebrated their love and reunion with a party. But the steam of love did not protect the two lovers from the sultan’s wrath, and the Ottomans attacked the city, killing everything in their path. The fate of the two lovers remained imprisoned in eternity, being tied to the Baba Caia rock, where they found their end.

In Coronini, you can see the two fortresses – Golubac, on the Serbian shore, and Ladislaus, on the Romanian bank of the Danube – standing face to face, like two enemies, who seem tired of they keep fighting. Named after the most famous Arpadian king Ladislaus, who became a saint in 1192, the fortress was built on the ruins of a Dacian fortress, being built of limestone, taken from the limestone walls that mark the Danube Strait.

In the old hearth of the village of Coronini, in the Alibeg area, on a rock, a natural “picture” stands motionless over time – the inscription called Tabula Baross, located above the National Road 57. With a height of about 10 meters and a width of 7, 5 meters, the 11-line text in Hungarian bears witness to the work of regularizing the Iron Gates, from the end of the 19th century.

Also in the area of Coronini, we find the wind farm “Saint Helena”, located in the village of the same name – the oldest village still inhabited by the Czech minority in Banat, which belongs to the commune, where the beauty of nature is put into operation by technology 21 wind turbines. “Dairy products specific to Czech culture can be tasted here. During the summer, you can dine in nature on the green grass. At the same time, the wind farm is located here. Going down, we go on DN57, towards Orşova, where there are many boarding houses, and one of them has boats that lead to Ostrovul-Moldova Veche”, Corneliu Martin, President of the” Dunarea Moldova-Nouă “Association, declared for” Weekend Adevărul”.

Also nearby is the Gaura Chindiei Cave, situated 80 meters above the Danube. Traces of habitation from the Proto-Dacian and Dacian periods were discovered here, as well as cave art dating from the Paleolithic and Neolithic, as well as writings in the Cyrillic and Latin alphabets. The red drawings on the walls and ceiling, representing birds, fir trees, crosses, solar symbols, were discovered in 1968 by archaeologist Vasile Boroneanţ, and are dated to the Neolithic period. Another cave that takes us back to the country’s fighting past is the “Fly Hole” Cave, located 12 kilometers downstream of Moldova Nouă. It seems that the cave was a shelter for primitive man from the first stage of the Iron Age, and later, in the medieval period, due to its position, but also the entrance through which dominates the Danube, it was fortified and armed with cannons. The fortifications remain evidence today of the battles fought in the area between 1460 and 1880.

Even if the first documentary attestation of the city dates from 1777, visiting the area we discover that the history of the place dates back to the Paleolithic or the Stone Age. Going forward to the next century, in 1808, we discover in the Land Book that the locality, formed by the settlements of Bosnia and Baron, is called Neu Moldova (New Moldova). In the area of Old Moldavia, history steps in the third millennium through the traces of habitation dating from the Neolithic, but also through those attesting the Dacian and Roman mining.

One of the most imposing places of worship in the Danube Gorge, the Serbian Church dedicated to the Nativity of the “Saint John the Baptist”, is located in Old Moldova. Built between 1853 and 1855, the church still retains its original royal and deacon’s doors, as well as about 40 old, practical-religious books dating from the 18th to 19th centuries, when, according to written sources, there was a wooden Serbian Orthodox church bearing the same patron saint.

Nature, the owner of the isle

In the city of Old Moldova, history is connected to the nature and the transformations that have marked it over the centuries. Thus, we find here the nature reserve Ostrov Island – Old Moldova, included in the Iron Gates Natural Park. Located in the northern part of the village of Old Moldova, the natural area presents a captivating spectacle of nature in texture, color and smell – swampy terrain and specific vegetation are complemented by waterfowl species, tree species of white wicker, red wicker, poplar white, but also of pond iris, reed or pond lily. The island is opened to tourists, who can travel three routes and have the chance, taking it on foot, to see bird species, many of them protected by law, including the polar diver, small diver, little egret, white egret, blac stork, winter swan, osprey, and so many more.

Also in the area of Old Moldova, was the Dacian fortress Mudava, near which the Romans built a camp. A few centuries later, in 1427-1428, a fortress was built over this camp, but it was destroyed in the 17th century. From Old Moldova, you can take Bacul Baziaş 4, which goes to Serbia, to Golubac, where you can visit the fortress.

Attila’s mound on Ostrovul Moldova Nouă, the legends seem to float in the air, surrounding a mound that looks, at first sight, like a tomb guarded by horses. Legend has it that the body of Attila, the most powerful leader of the Huns, who was honored to death by soldiers by placing helmets on his grave, and guarded over the centuries by a herd of horses, rests here. It seems that he had a black horse with a star on his forehead that only he could ride, and after the death of the Hun leader, the horse would have found his grave, which he kept constantly guarding. „From Moldova Nouă to Gârnic, on a distance of 18 kilometers, we have the mixed area Valea Mare, where we find the Peștera Grota Haiduceasă and two waterfalls. Then we go up to the village of Garnic, a Czech village, with water mills and a Czech museum. In these Czech villages, the food is specific to the culture, and tourists can taste it”, explained Corneliu Martin, who is also a tourist guide in the area. Specialties that can be tried in the area of ​​Moldova Nouă – Danube Gorge include catfish soup and grilled zander, as well as pan-fried cheese with sausages and polenta – or ”coleșă”, as it is called in the area – made of flour of white corn.

At the same time, the President of the “Danube Moldova Nouă” Association mentioned other places in the area that can be visited by those who, fleeing the chaos of cities, seek peace in many forms. “In the Baziaş area we have Balta Nera, the Danube, we have the avifauna area and three Serbian monasteries – in Baziaş, Cuzici and Zlatiţa. La Cornea is the Roman camp Villa Rustica, dating from the 1st-2nd centuries, being a Roman house. If we go to Sicheviţa, DN57 becomes a road where we find the Ethnographic Museum and the water mills, which have been operating for more than 100 years”. Visitors to the area should remember that they can take a cruise on the Danube, off road, cycling and hiking.

Tourism in this corner of heaven is opened throughout the year. A tourist guide and car transport are provided, on request, on the tourist routes in the area!

For scheduling a stay to be told to grandchildren we are waiting for you at the contact details:

Cultural-artistic projects and events with the involvement of the local community Moldova Noua.

Projects to promote the Danube Gorge and Moldova Noua Municipality at national and international level.

What can be admired?

Bazias – with the entrance gate of the Danube in the country, Balta Nera – avifauna area and the famous Serbian monasteries from Bazias, Zlatita and Cusici! 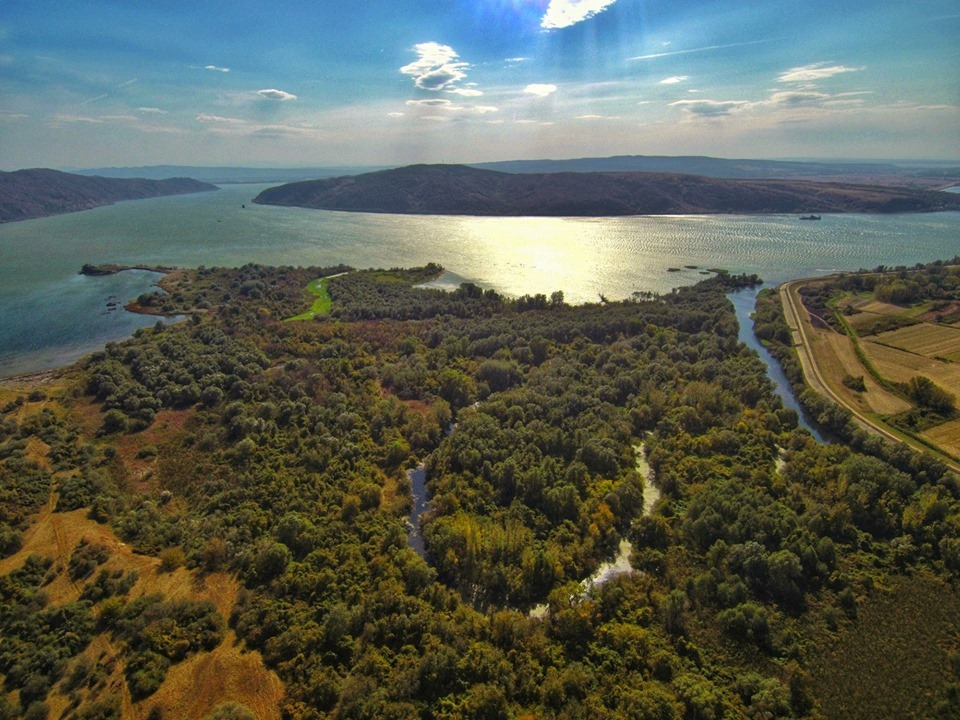 Where do you spend your holidays? Simple, in the Danube Gorge of Caras-Severin County,

this wild, romantic, fabulous land, still less known, from the southwest of the country!

Association “Danube” Moldova Noua and the CNIPT Moldova Noua promote tourist packages in the Bazias-Berzasca area. Tourism in this corner of heaven is opened throughout the year, from January to December 2021!

Optionally, you can choose from nine additional services. There is also a tour guide and car transport, on request, on the tourist routes in the area!

boating on the Danube

What are you waiting for?

Get in touch with us!